Opioid Safety: How Nurse Practitioners Are Combating the Crisis

View all blog posts under Articles 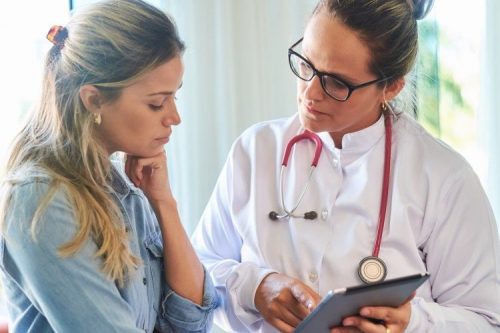 Nurse practitioners (NPs) play a key role in fighting opioid abuse, which is one of the most dangerous — and preventable — health threats facing the United States. More deadly than automobile accidents, the misuse of prescription and nonprescription opioids kills tens of thousands of Americans annually. NPs are uniquely positioned to address opioid safety because they have the training and leadership skills necessary to advance clinical care and shape public policy. Nurses who want to advance their careers and help to lead efforts to promote opioid safety would do well to consider programs such as an online Doctor of Nursing Practice.

The Factors of the Opioid Crisis

While fentanyl and other fully synthetic opioids now account for the largest number of opioid overdose deaths, commonly prescribed semisynthetic opioids remain a primary component of the opioid epidemic. The United States consumes 80% of the world’s prescription opioids, and as many as 1 in 4 patients receiving long-term opioid therapy in a primary care setting struggle with opioid addiction, according to the Centers for Disease Control and Prevention (CDC).

The term “opioid” encompasses natural opiates, such as codeine and morphine, that are derived from the seedpod of opium poppy plants; opiate derivatives (also known as semisynthetic opioids) including oxycodone, hydrocodone, and heroin; and fully synthetic substances, such as fentanyl, methadone, and tramadol. All of these substances share the characteristic of binding to the same cell receptors as opium and producing similar narcotic effects.

Extremely addictive, opioids relieve pain and produce feelings of euphoria. Because of the depressive effect they have on the respiratory system, they can be deadly in large amounts or when taken with other sedatives. The mixing of opioids with benzodiazepines (tranquilizers), such as alprazolam and lorazepam, is a common cause of deadly overdoses.

While prescribed natural opioids contributed to the first wave of the opioid crisis in the 1990s, the primary cause was a significant increase in the prescription of semisynthetic opioids, such as oxycodone and hydrocodone. These drugs are better known to many patients by trade names such as Percocet (a brand of oxycodone), Vicodin (a brand of hydrocodone), and OxyContin. The drug most associated with the first wave of the current opioid crisis, OxyContin, is a long-acting version of oxycodone released by Purdue Pharma in 1995.

Marketed as a safe, effective pain reliever, OxyContin releases oxycodone over 12 hours. Factors including the aggressive marketing of OxyContin and growing interest in pain management in the medical community resulted in a significant jump in prescriptions. Purdue Pharma spent approximately 6 to 12 times more on promotional efforts during OxyContin’s first 6 years on the market than it had spent on its older product, MS Contin, during its first 6 years, according to a U.S. General Accounting Office (GAO) report, citing analysis by the Drug Enforcement Administration of IMS Health data. The same GAO report notes that the annual number of OxyContin prescriptions for noncancer pain increased nearly tenfold between 1997 and 2002, from about 670,000 to 6.2 million. In large part, because the dangers of opioid-based pain management weren’t fully understood, the drugs were prescribed in excessive amounts.

Efforts to curtail the use of OxyContin and other prescribed semisynthetic opioids likely triggered the second wave of the opioid epidemic, beginning around 2010. This period saw a rapid increase in overdose deaths resulting from heroin. Patients first introduced to prescribed drugs turned to illicit heroin to manage withdrawal symptoms when substances such as oxycodone became more difficult to obtain due to regulation.

A third wave of the opioid epidemic, first observed around 2013, involves a rise in overdose deaths resulting from the use of synthetic opioids, such as tramadol and particularly fentanyl, which is sometimes sold in combination with other illicit drugs, including heroin and cocaine.

Nurse practitioners, who are required to complete a master’s or doctoral degree program and have advanced clinical training, provide a wide range of primary, acute, and specialty healthcare services. In states where they have the authority to prescribe medications, NPs may be directly involved in both pain management and addiction treatment — but their expertise extends beyond direct patient care.

Professionals with a Doctor of Nursing Practice (DNP) degree have training that prepares them to be administrators, executives, health policy specialists, and educators — all crucial roles in the fight to combat opioid abuse. Those roles require leadership and interpersonal skills, as well as the ability to advocate for patients and their families. As educators, NPs help the public to understand the dangers of opioid addiction and the pros and cons of various treatment options; they also train healthcare workers to spot patterns of abuse.

Prescribing opioids in unnecessarily large amounts can cause patients to develop opioid use disorder (OUD), the clinical term for opioid addiction. Medication-assisted therapy (MAT) is widely considered to be the most effective OUD treatment. MAT therapy combines medications approved by the Food and Drug Administration (FDA) with counseling and behavioral therapies. FDA-approved MAT medications include methadone, buprenorphine, and naltrexone. Access to MAT treatments is limited, however, particularly in rural areas.

Another drug critical to opioid safety is naloxone, a medication approved by the FDA for preventing opioid overdose. Naloxone works by blocking opioid receptor sites and can be given via intranasal spray or injected into the muscle, under the skin, or intravenously. Typically administered when a patient shows signs of overdose, naloxone can also be prescribed for patients who are considered to be at high risk for opioid overdose, including those in MAT programs.

When assessing pain management options, NPs and other healthcare providers have numerous alternatives to opioids. These include non-steroidal anti-inflammatory drugs (NSAIDs), such as aspirin and ibuprofen, acetaminophen, and topical local anesthetics. Anti-seizure medications, antidepressants, and medical marijuana are also used to treat some kinds of pain.

The growing role of technology in healthcare is a key area of focus for advanced practice nurses. Students pursuing a DNP degree through Misericordia University’s online Doctor of Nursing Practice program are prepared to use the latest healthcare informatics, communication networks, and patient care technologies to evaluate and deliver healthcare services in various settings.

Legislative Reaction to the Opioid Crisis

Legislative action is critical for funding the treatment programs, technology investments, and educational initiatives necessary to promote opioid safety. Extending care options and access for patients suffering from opioid addiction, particularly in rural areas, remains a challenge for both healthcare providers and legislators, but efforts by NPs to extend their prescriptive authority have helped to address the problem.

The Comprehensive Addiction Treatment and Recovery Act (CARA) of 2016 gave permission for NPs and physician assistants to apply for waivers to prescribe buprenorphine to treat OUD. NPs advocated to extend their authority further, an issue addressed in the Substance Use-Disorder Prevention that Promotes Opioid Recovery and Treatment (SUPPORT) for Patients and Communities Act of 2018.

Building upon CARA, the SUPPORT Act significantly expanded the nurse’s role in addressing the opioid epidemic. Among other measures, the SUPPORT Act granted permanent authority for NPs and physician assistants to prescribe buprenorphine through MAT programs. The legislation expanded Medicaid coverage for services such as MAT and increased funding of PDMPs. It also included provisions related to the use of telehealth to treat substance abuse disorders.